Zoroastrianism is the 17th largest religion celebrated in the world today, and about 190, 000 people belong to the faith. While the majority of Zoroastrians live in Iran and India, there is about 6,000 people in Canada who are Zoroastrian, most of whom live in Ontario. Zoroastrianism is split into two different sects or groups, the Parsis (who are mainly in India) and those who live in Iran (they don't have an official name). 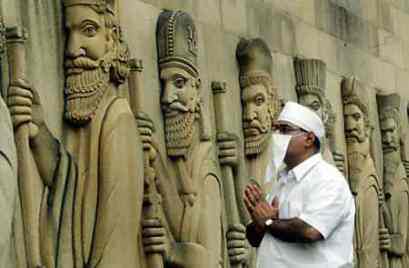 The Parsis, or "parsees" is the name of the group of Zoroastrians who live in the Mumbai area of India. They originated from a group of Zoroastrians from the region of Pars who fled from Iran when it was taken over by Arab invaders. These "Parsis" came ashore in India, where they were intially told they could not settle, however they covinced the raja ("King") of the region to allow them to stay on the condition that they assimilated. This condition included making women wear saris, holding wedding ceremonies after sunset, and learning to speak the local language. These changes made the differences between the two groups very apparent. 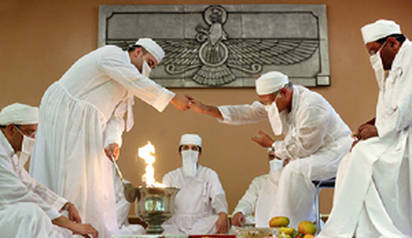 The Zoroastrians who remained in Iran after the Arabian invasion faced a lot of ﻿persecution﻿ due to their "outlandish" beliefs, which led to a reduction in their population. Currently, there are about 28, 300 Zoroastrians living in Iran in the Yazd, Kernan, and Tehran regions mainly.


There is no tradition of monasticism or monastery in Zoroastrianism, nor is there a tradition of celibacy for Holy People. The main Holy Person in Zoroastrianism is the Dastur, who acts much like a Rabbi does for Judaism. The Dastur leads many of the rituals and prayers and acts as a teacher for the community. The community meets regularly at the local Fire Temple (in the Parsis tradition these are called Agiaries) in order to perform rituals such as the Navjote or purification rituals.
Continue →